August 2020 - Rescue and Rehabilitation of 100 street children in Kolhapur, Maharashtra

In May 2021 interfaith Program

In June we helped slum people in Bombay , Ahmedabad, and Tarapur we provide shelter and food.

July 2021 - COVID 19 relief during the 2nd wave. Support for 170+ Oxygen Concentrators and other medical equipment provided to rural and tribal areas

The Gandhian Society (USA) along with the Indian Consulate in New York held a prayer meeting to observe the 73rd martyrdom of Mahatma Gandhi at the Indian Consulate in New York on January 30, 2021.
The event was attended virtually by family members of Mahatma Gandhi – Arun Gandhi (grandson of Mahatma Gandhi), Ela Gandhi (granddaughter of Mahatma Gandhi and former Member of Parliament from South Africa), and Tushar Gandhi (great-grandson of Mahatma Gandhi). The event was supported and attended by Indian Consul General Randhir Jaiswal, Deputy Consul General Shatrughan Sinha, US Lawmakers – Cory Booker, Brooklyn Borough President Eric Adams, and Upendra Chivukula. Many other community leaders also joined to pay tributes and homage to the great legacy of Mahatma Gandhi. UN representatives Perks Ligoya (Malawi) and Rodrigo Carazo (Costa Rica) also addressed the event virtually and paid homage to Gandhi. Indian American community leaders like Padmashri H R Shah, Mukund Thakar, Deepak Shah, and Rajeev Pandya also attended the prayer meeting.
The main highlight of the event was the participation of the Gandhian Society (USA) youth volunteers who spoke about what the Mahatma and his teachings meant to them and how it has inspired them. Melodious bhajans rendered by renowned classical singer Varsha Joshi was the other major highlight.
The Gandhian Society (USA) was founded by Bhadra Butala who aims to spread the message of Mahatma Gandhi in the United States along with his team of volunteers and supporters. Team members of the Gandhian Society including Rajendar Dichpally, Mahesh Wani, Dr Deepak Naran, Gunjan Desai, Hasmukh Patel, and Shiva Kumar plan to work in order to take the message of the Mahatma to the masses in the United States by partnering with educational institutions and like-minded organizations. The organization also hopes to set up an emporium that will offer literature, Gandhian memorabilia, khadi, and handicraft products and also engage in multiple humanitarian projects both for needy communities in the United States and India. 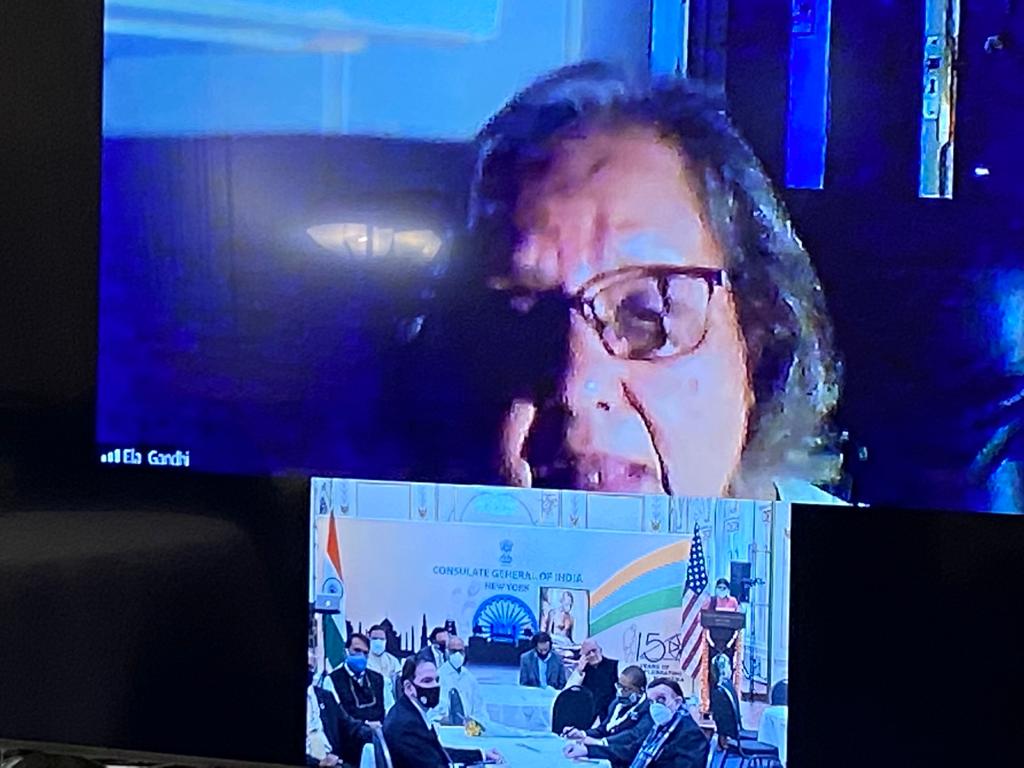 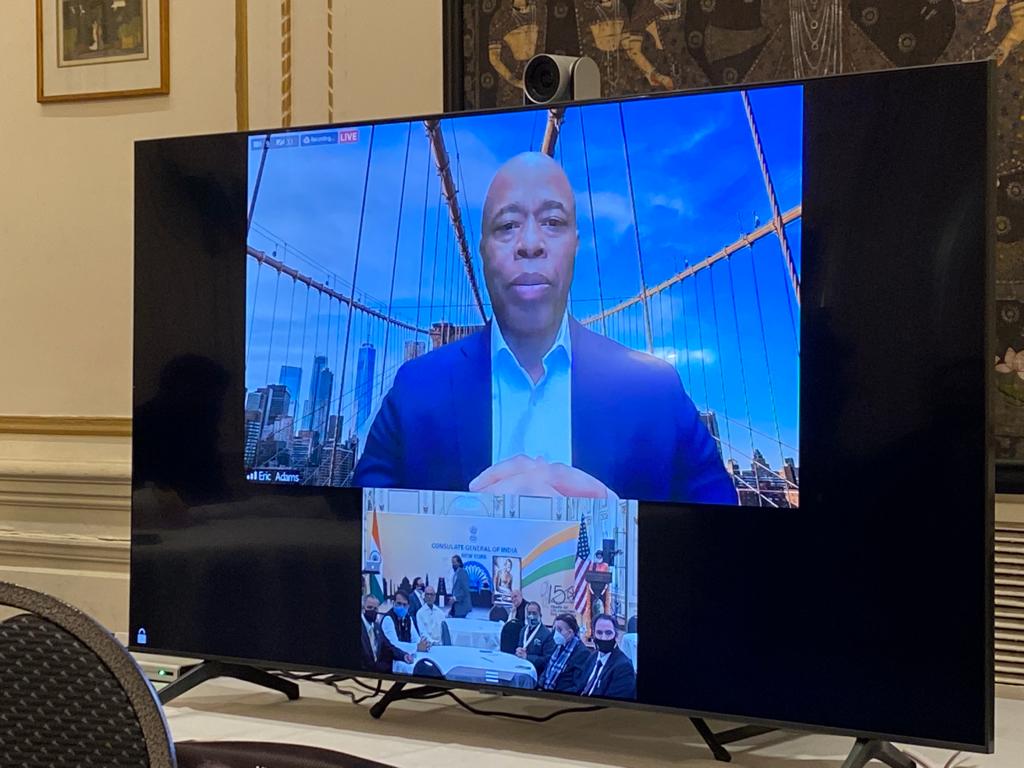 Govt. Degree College Darhal Organizes NSS Orientation Programme.
NSS volunteers of newly established unit of GDC Darhal were provided a One Day Orientation Programme in which Principal of the College Prof. Sumanesh Jasrotia, an Ex NSS Programme Officer shared his experiences regarding National Service Scheme. In his motivational speech, he threw light on the role of NSS volunteers in adopting NSS downtrodden villages during Special Camps, awareness drives regarding Health and Hygiene, social evils prevailing in the society, Gandhian foresighted approach to take the youth in villages before their actual employment for creating awareness in the young minds regarding the various problems faced by the people living in these villages so that when they return to villages after getting jobs, they may work with zeal and dedication for improving the lives of the villagers. He also told the volunteers that NSS can act as a personality growth developer for the students because in NSS they get the golden opportunities of participation in debates, symposia, and leadership training during awareness or cleanliness drives or various cultural programmes that can act as an eye opener and the platform provided may boost the confidence of the volunteers.
Dr. Ather Aziz Raina, NSS programme officer of the college gave a detail of various activities organized by NSS unit of GDC Darhal. He said that more number of students of the college are interested to opt for NSS. They are very keen and enthusiastic to act as NSS volunteers. Speaking on the occasion Dr Ahsan senior faculty member of the college talked about the role of NSS volunteer in creating awareness in general masses regarding so many programmes related with health and hygiene. The whole programme was organized under the guidance of NSS Programme Officer Dr. Ather Aziz Raina in coordination with Dr. Asif, Dr. Riaz and Dr. Gh. Nabi. Others present on the occasion were Dr. Ahsan, Dr. Ishfaq, Mr. Zahid, Mr. Fayaz, Mr. Intekhab, Mr. Avaiz and Mr. Saddam.. 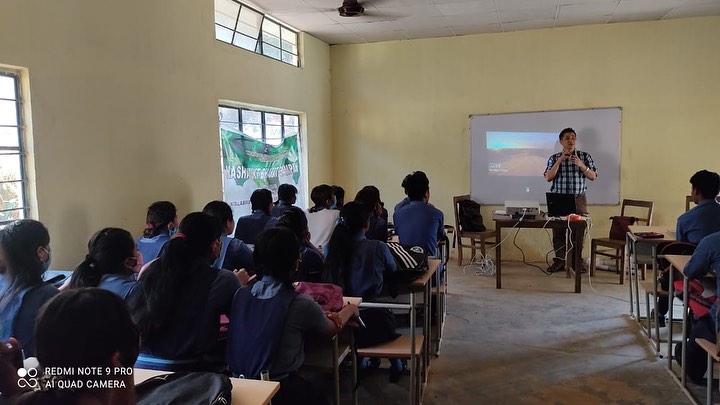 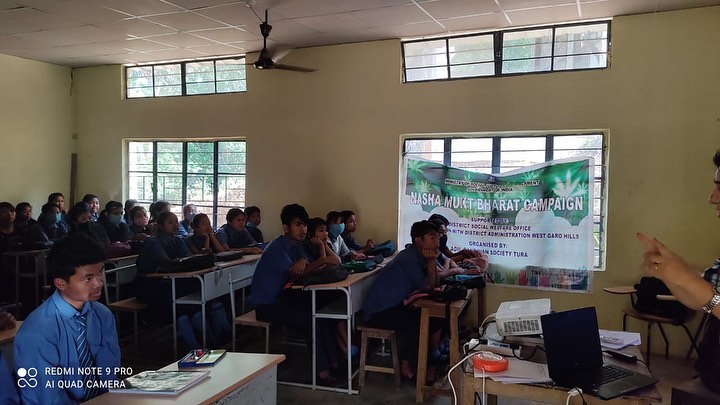 Gandhian Global Society (Indian System of Medicine) has been organised one day Camp of Immunity Booster in the premises of the Kalra College of Education Udhampur... 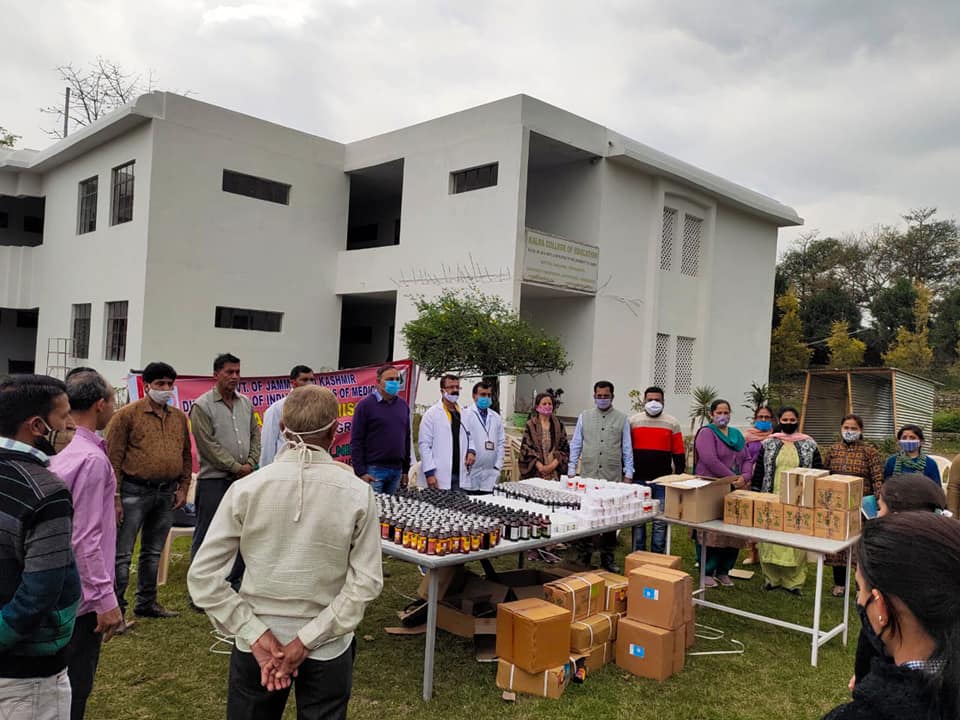 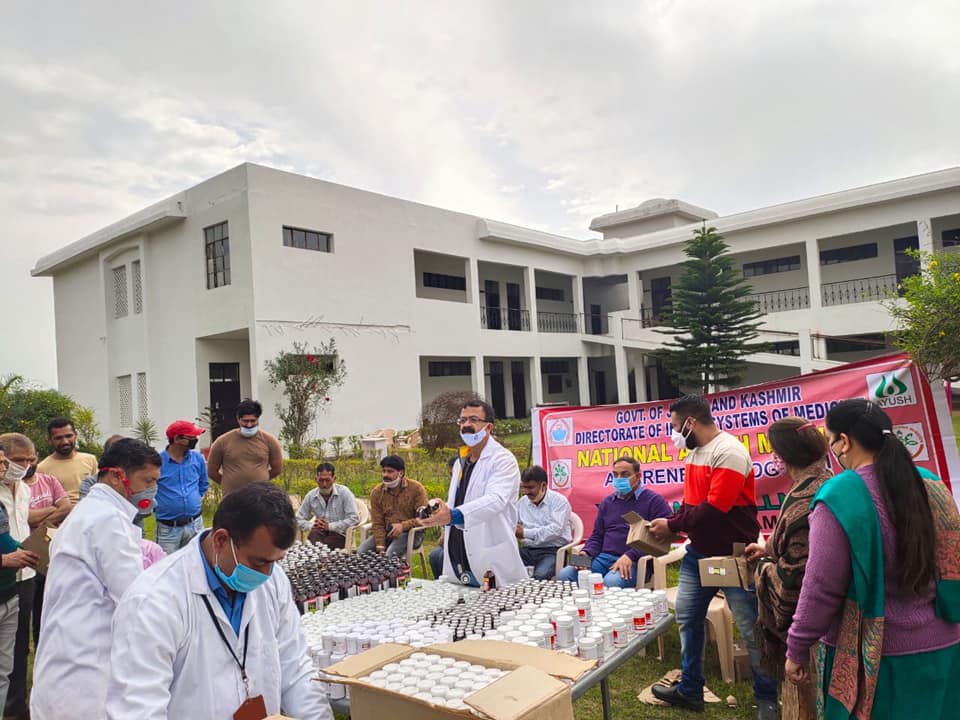 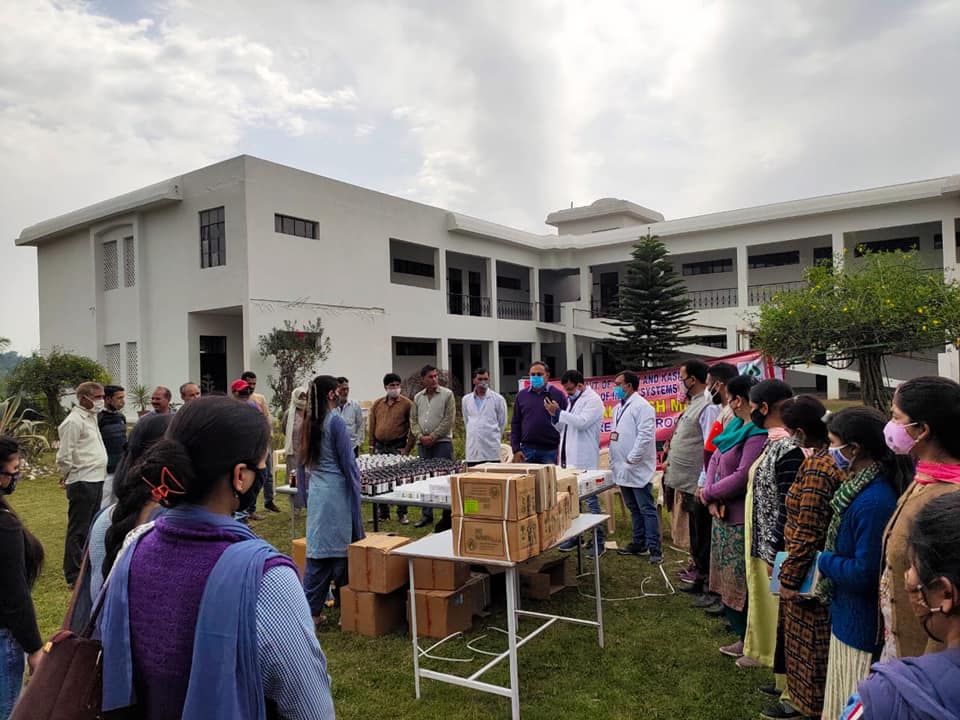 Humility cannot be an observance by itself. For it does not lend itself to being practiced. It is however an indispensable test of ahimsa. In one who has ahimsa in him it becomes part of his very nature. But although humility is not one of the observances, it certainly as essential as, and perhaps even more essential than, any one of them. Only it never came to any one by practice. Truth can be cultivated, as well as Love. But to cultivate humility is tantamount to cultivating hypocrisy. Humility must not be here confounded with mere manners or etiquette. One man will sometimes prostrate himself before another, although his heart is full of bitterness against the latter. This is not humility, but cunning. A man may repeat Ramanama, or tell his beads all day long, and move in society like a sage; but if he is selfish at heart, he is not meek, but only hypocritical.
A humble person is not himself conscious of his humility. Truth and the like perhaps admit of measurement, but not humility. Inborn humility can never remain hidden, and yet the possessor is unaware of its existence. The story of Vasistha and Vishvamitra furnishes a very good case in point. Humility should make the possessor realize that he is as nothing. Directly one imagines oneself to be something, there is egotism. If a man who keeps observances is proud of keeping them, they will lose much, if not all of their values. And a man who is proud of his virtue often becomes a curse to society. Society will not appreciate it, and he himself will fail to reap any benefit out of it. Only a little thought will suffice to convince us, that all creatures are nothing more than a mere atom in this universe. Our existence as embodied beings is purely momentary; what are a hundred years in eternity? But if we shatter the chains of egotism, and are melted in the ocean of humanity, we share its dignity. To feel that we are something is to set up a barrier between God and ourselves. To cease feeling that we are something is to become one with God. A drop in the ocean partakes of the greatness of its parent, although it is unconscious of it. But it is dried up, as soon as it enters upon an existence independent of the ocean. We do not exaggerate when we say that life is a mere bubble. A life of service must be one of humility.
One, who would sacrifice his life for others, has hardly time to reserve for himself a place in the sun. Intertia must not be mistaken for humility, as it has been in Hinduism. True humility means most strenuous and constant endeavour entirely directed to the service of humanity. God is performing continuous action without resting for a single moment. If we would serve Him or become one with Him, our activity must be as unwearied as His. There may be rest in store for the drop which is separated from the ocean, but not for the drop in the ocean, which knows no rest. The same is the case with ourselves. As soon as we become one with the ocean in the shape of God, there is no more rest for us, nor indeed do we need rest any longer. Our very sleep is action. For we sleep with the thought of God in our hearts. This restlessness constitutes true rest. This never-ceasing agitation holds the key to peace ineffable. This supreme state of total surrender is difficult to describe, but not beyond the bounds of human experience.

We believe in the Gandhian principles of Equality and Social Justice for all and hence we are launching 2 humanitarian projects. Covid19 relief efforts as well as rescue and rehabilitation of Street Children in India. Looking for your support! 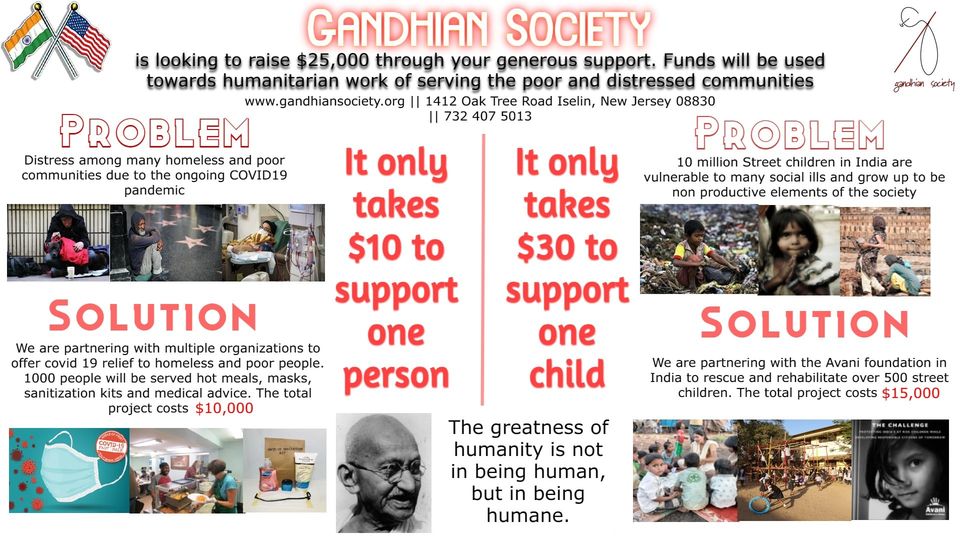 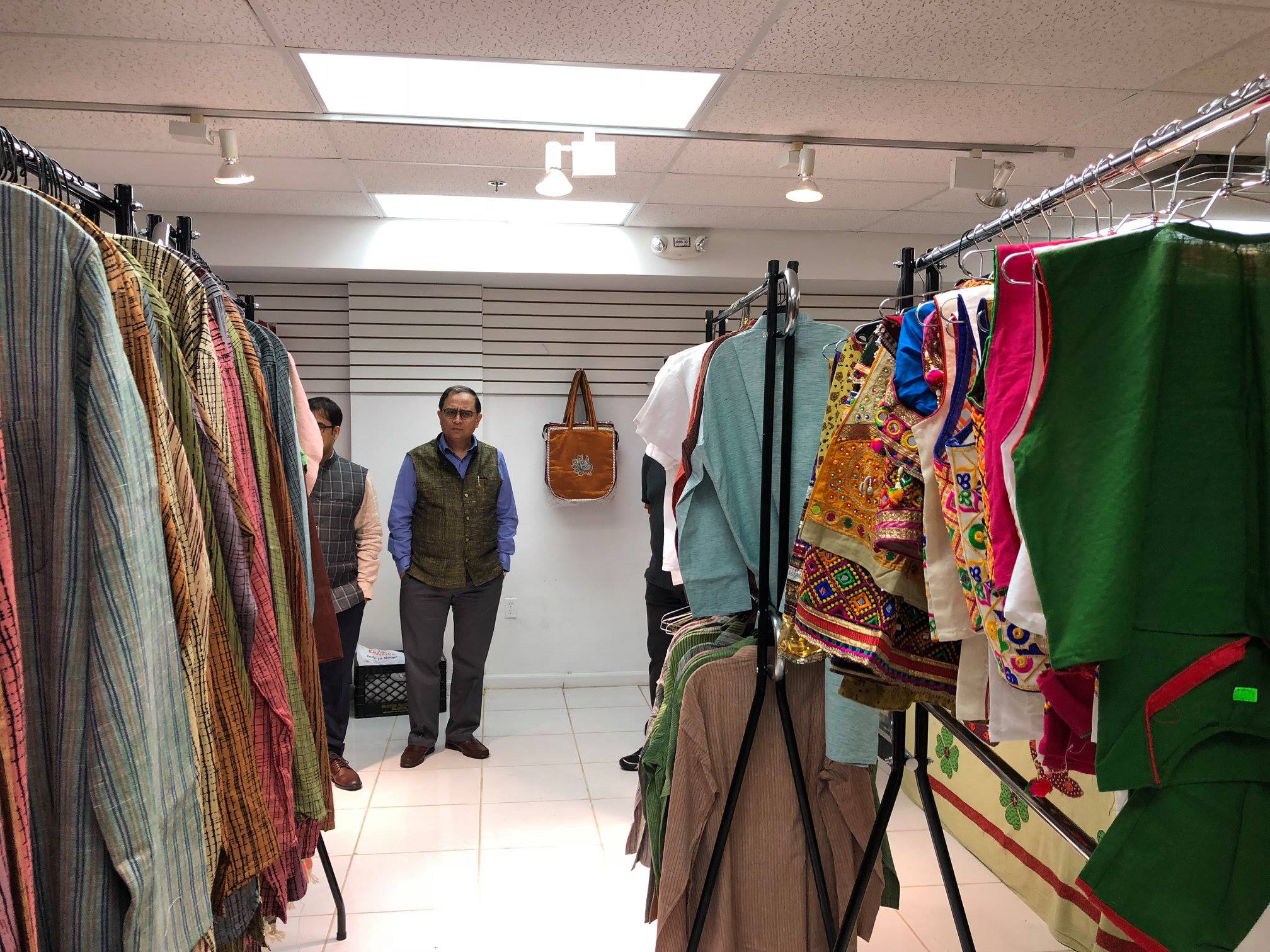 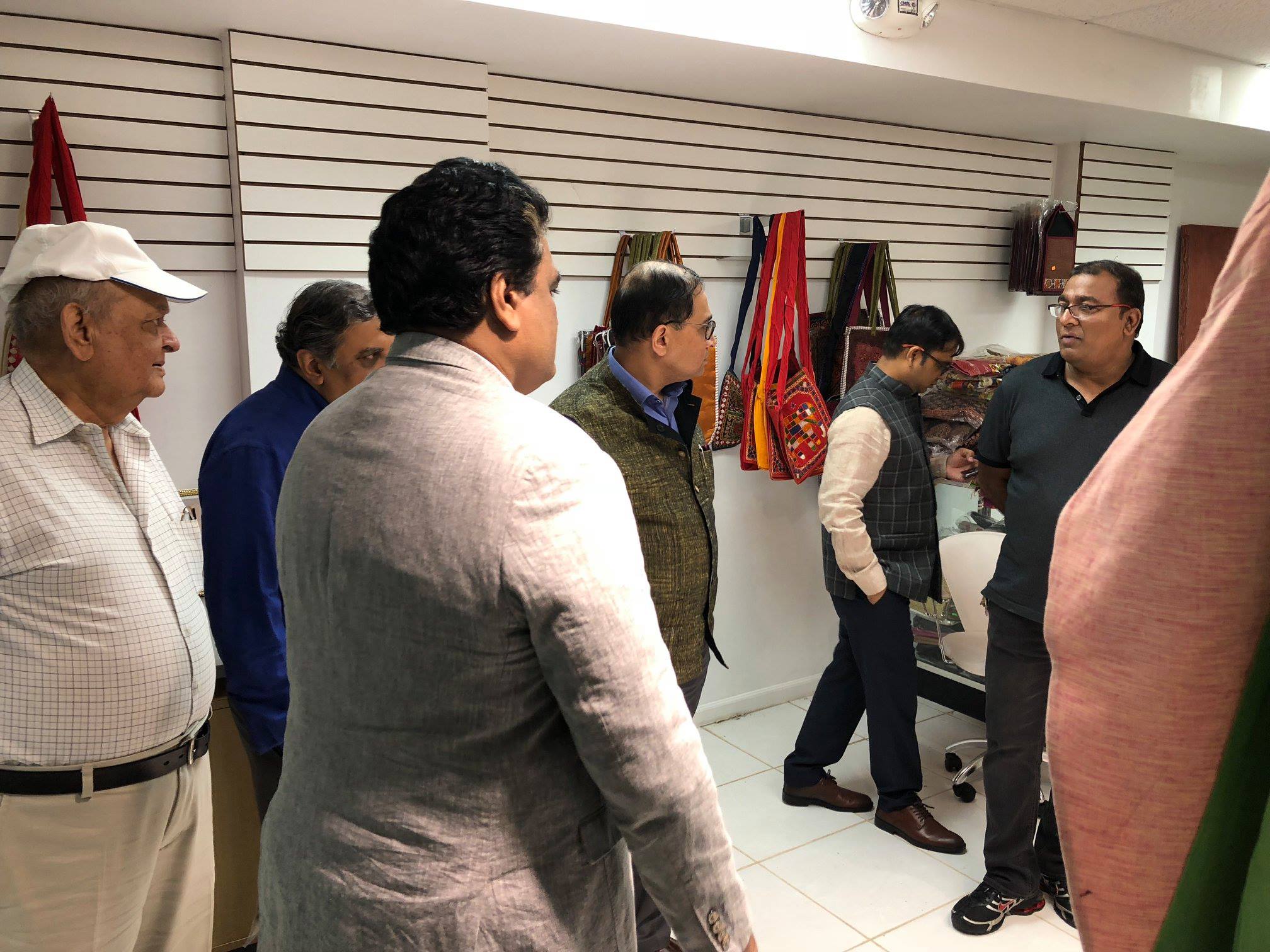 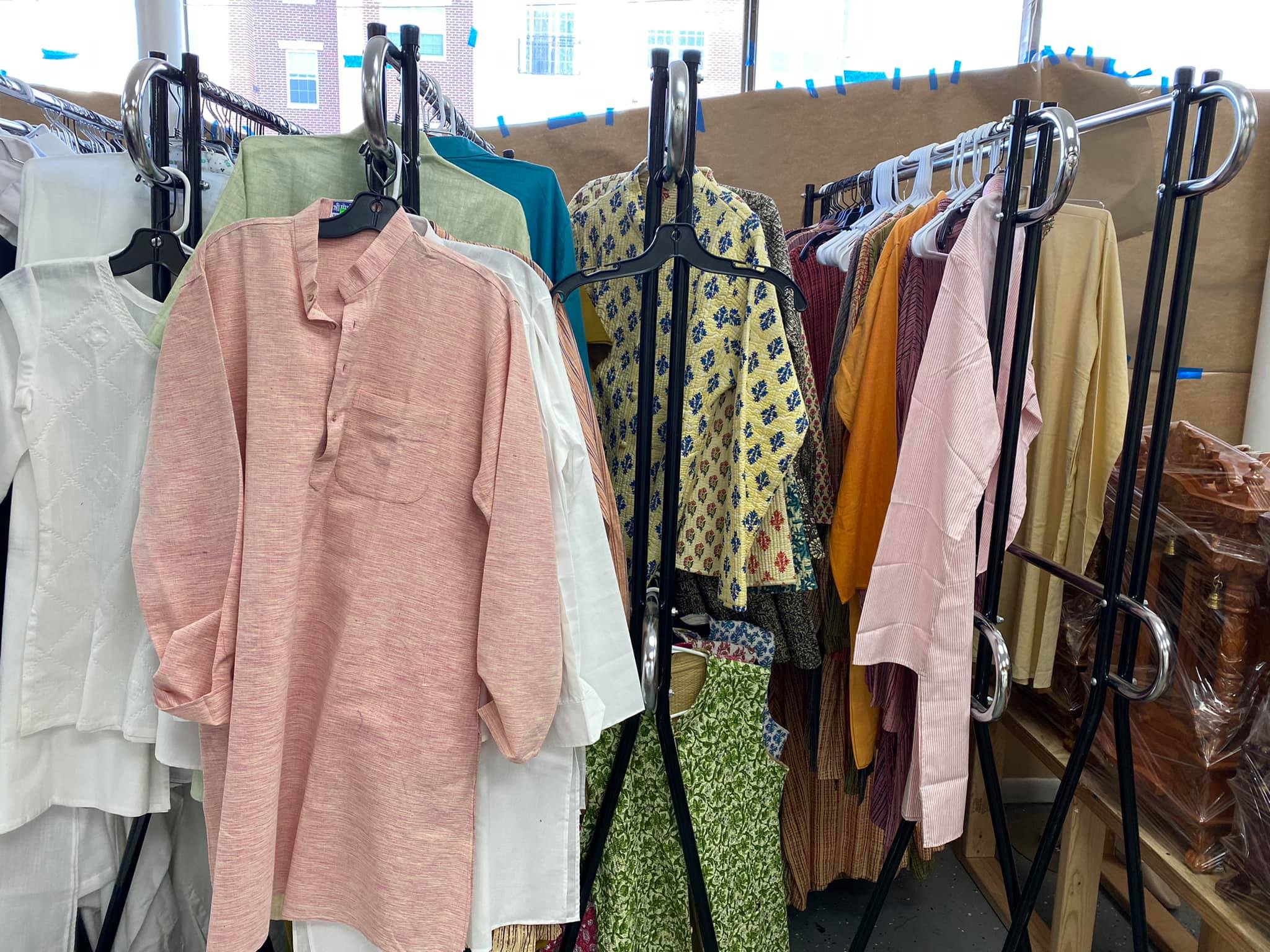 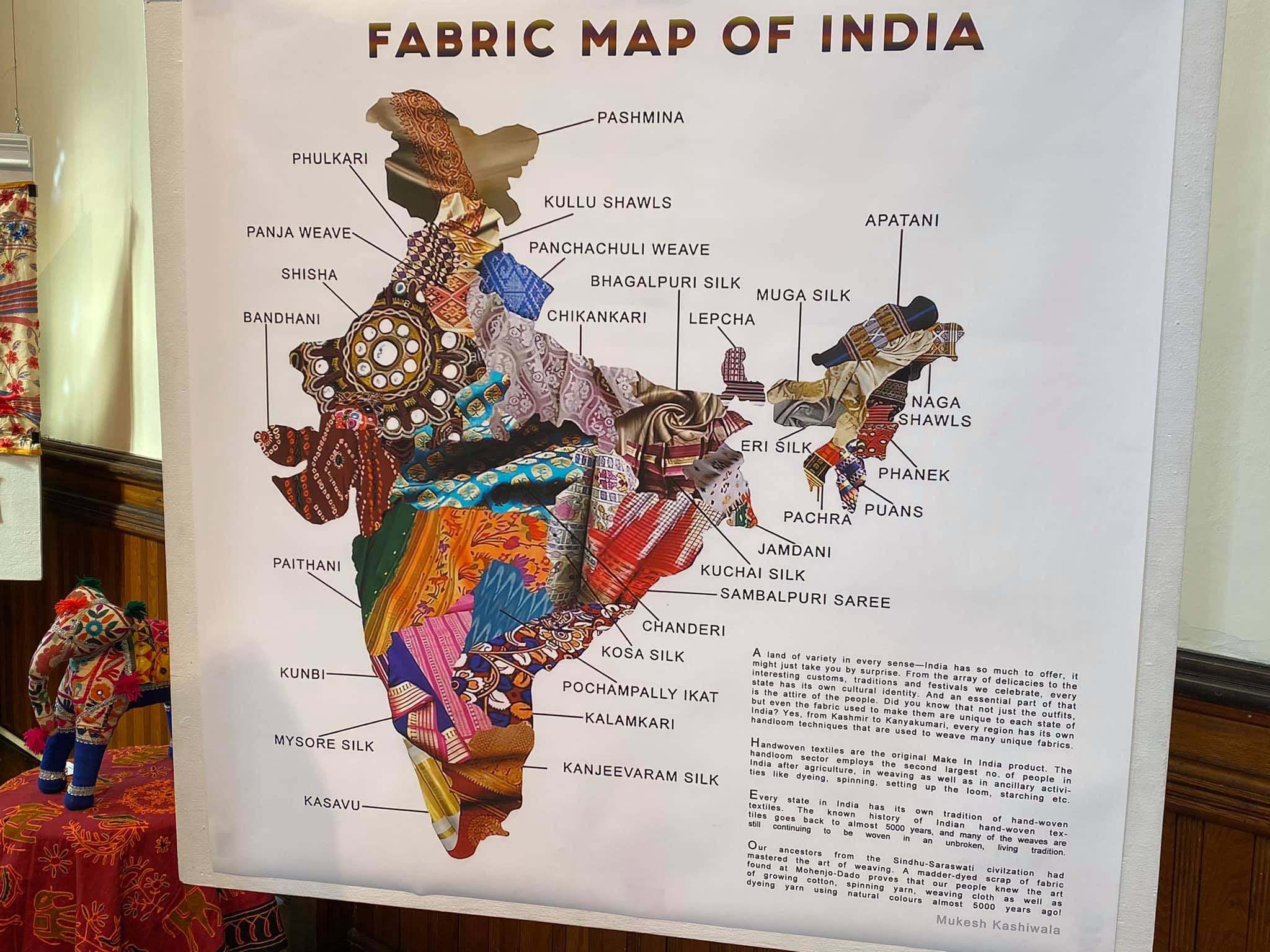 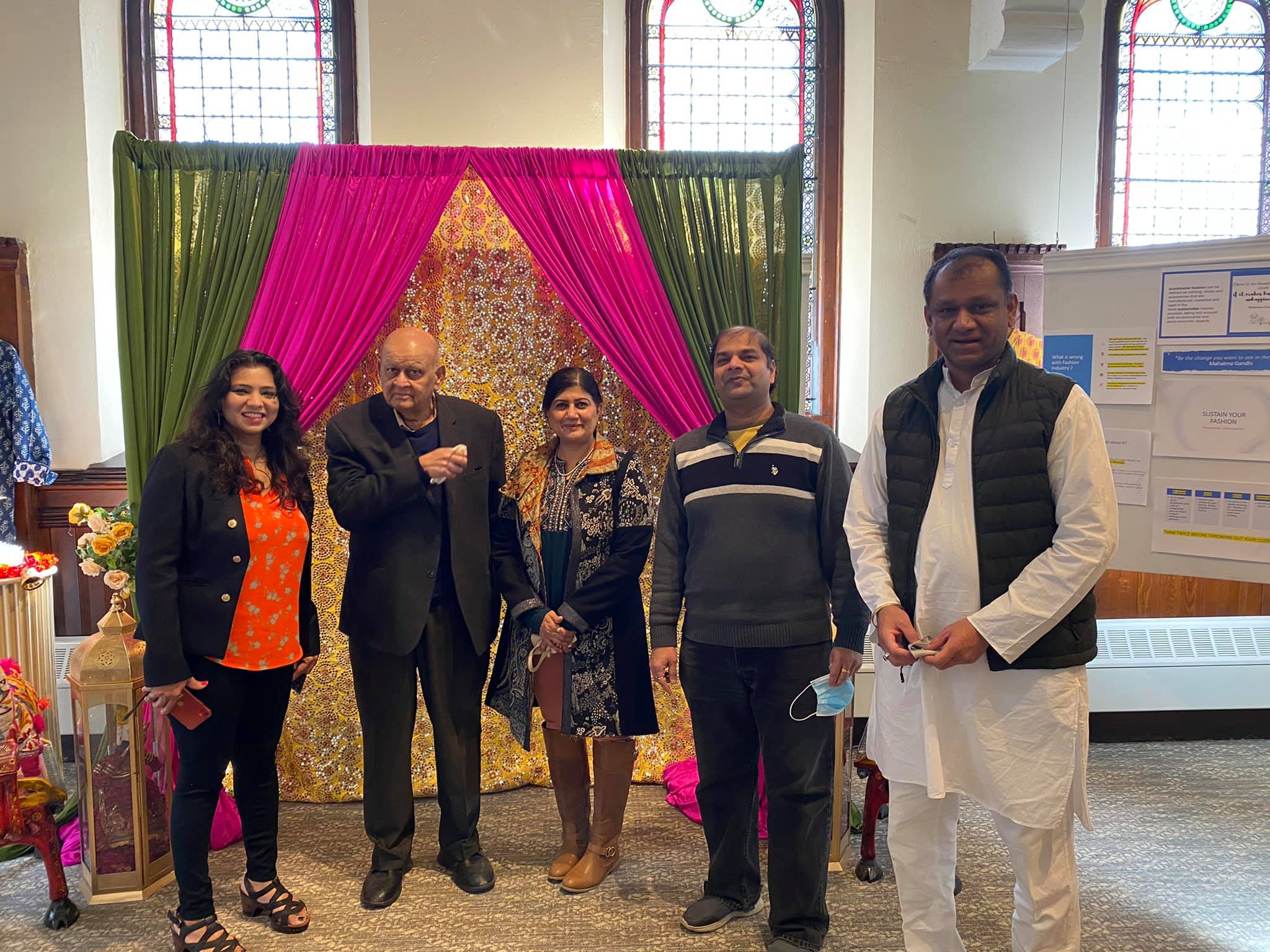 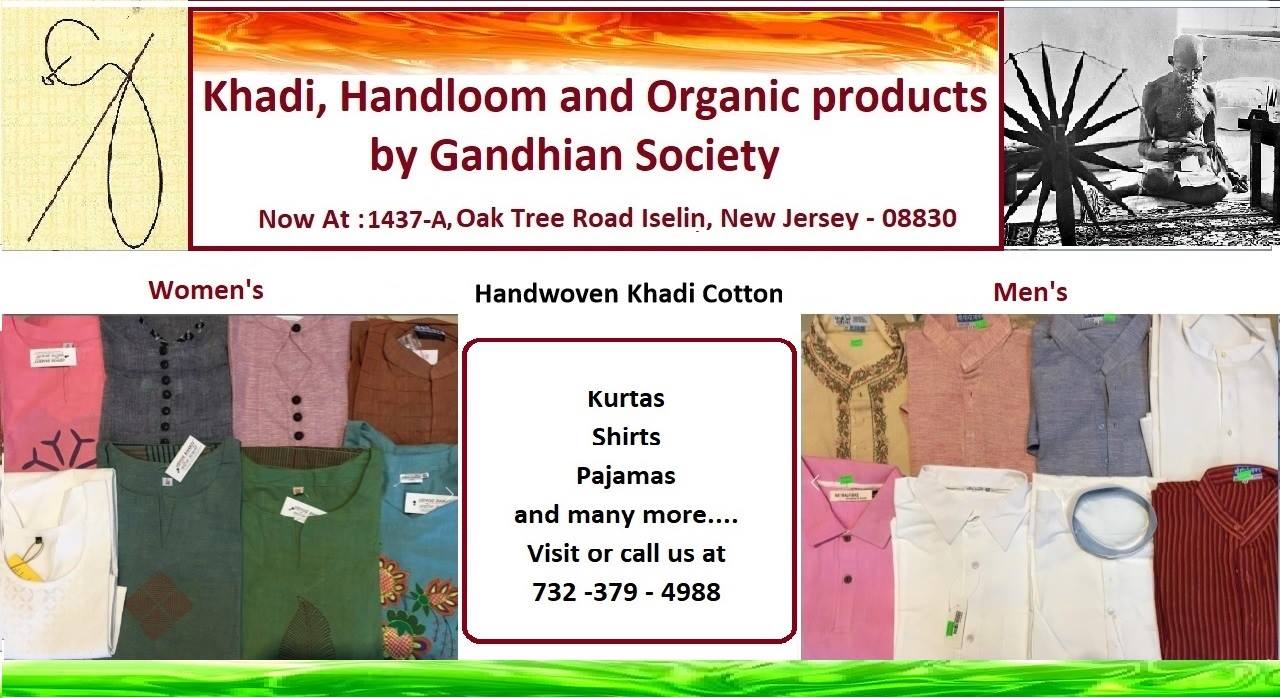 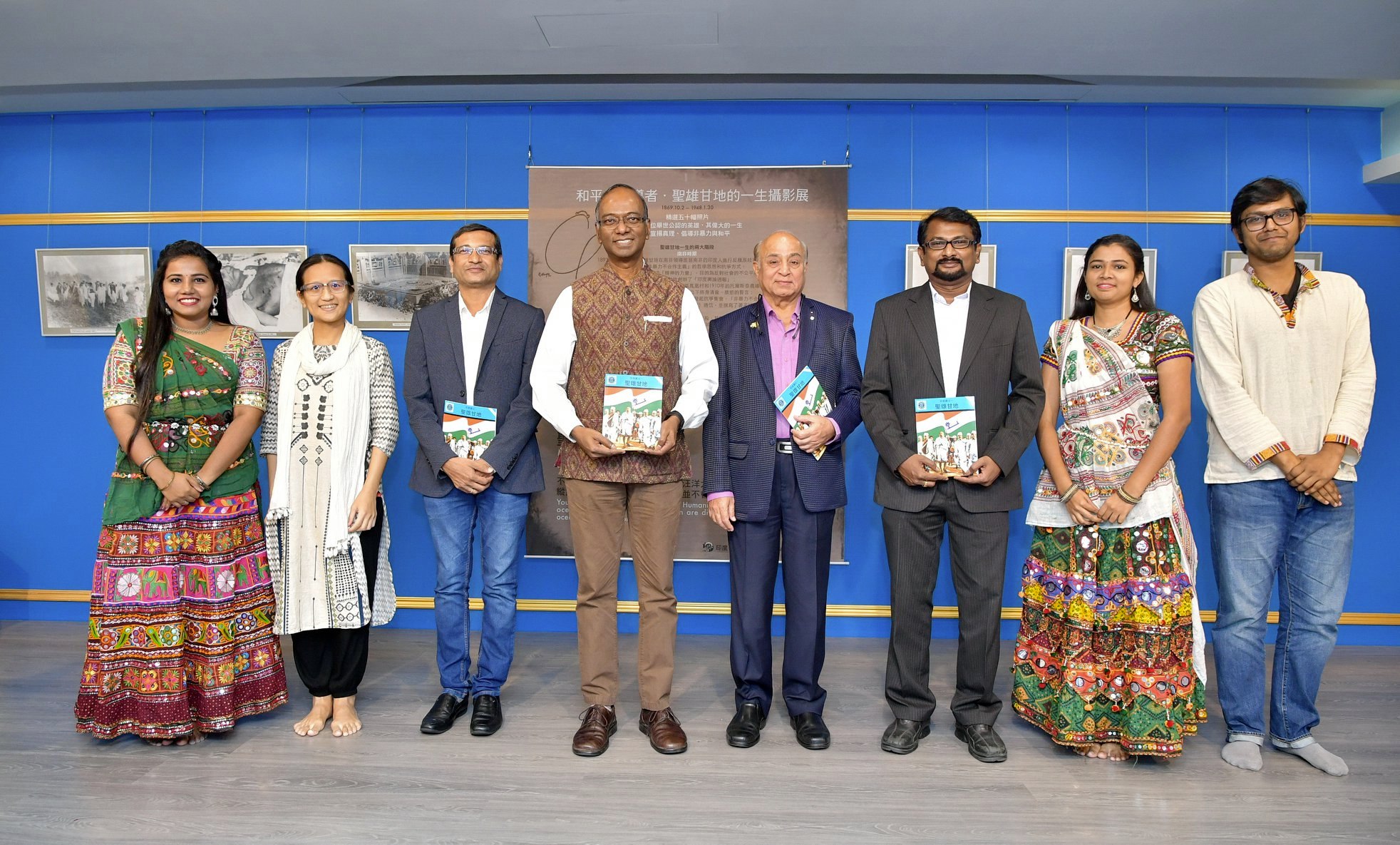 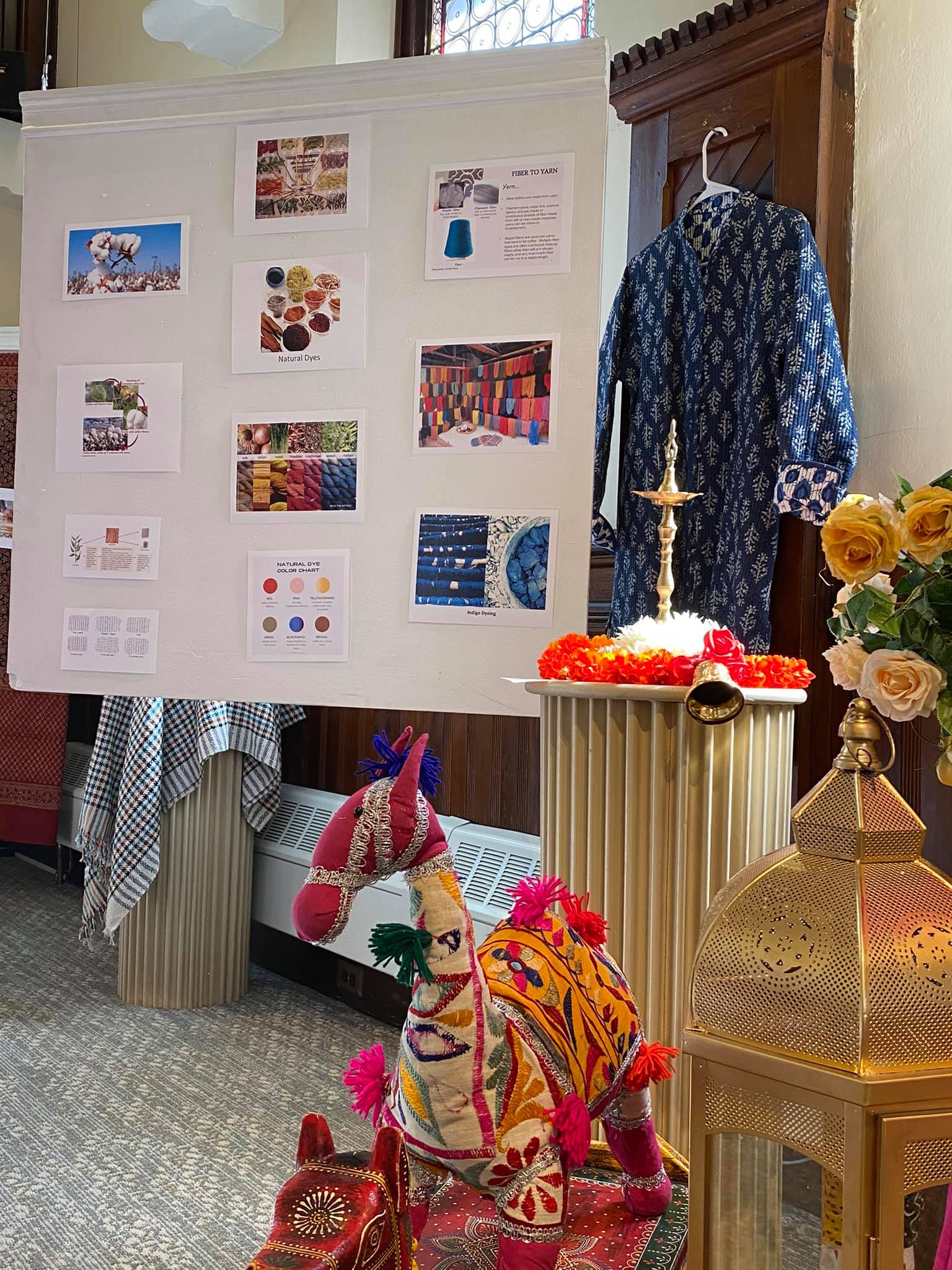 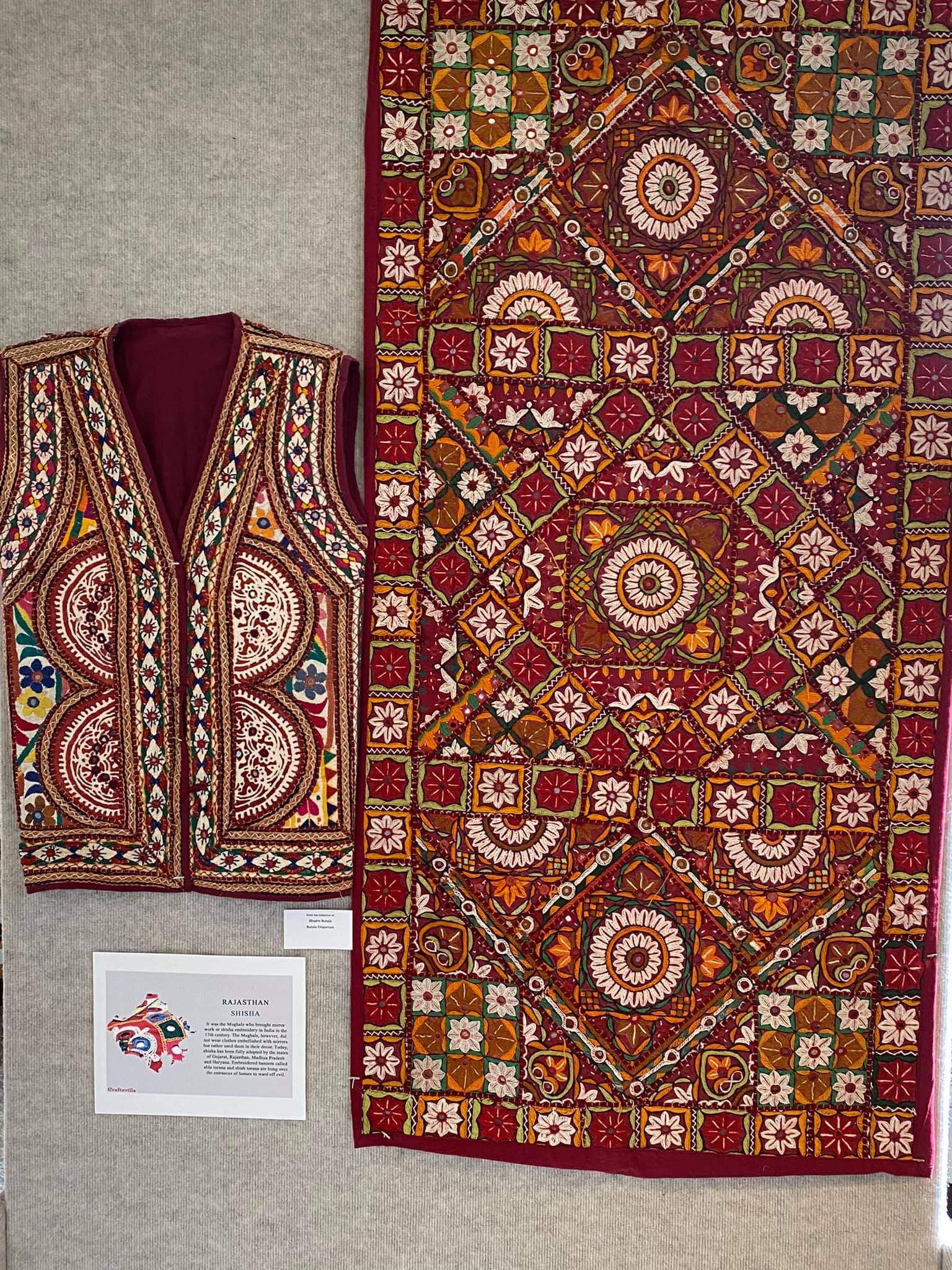 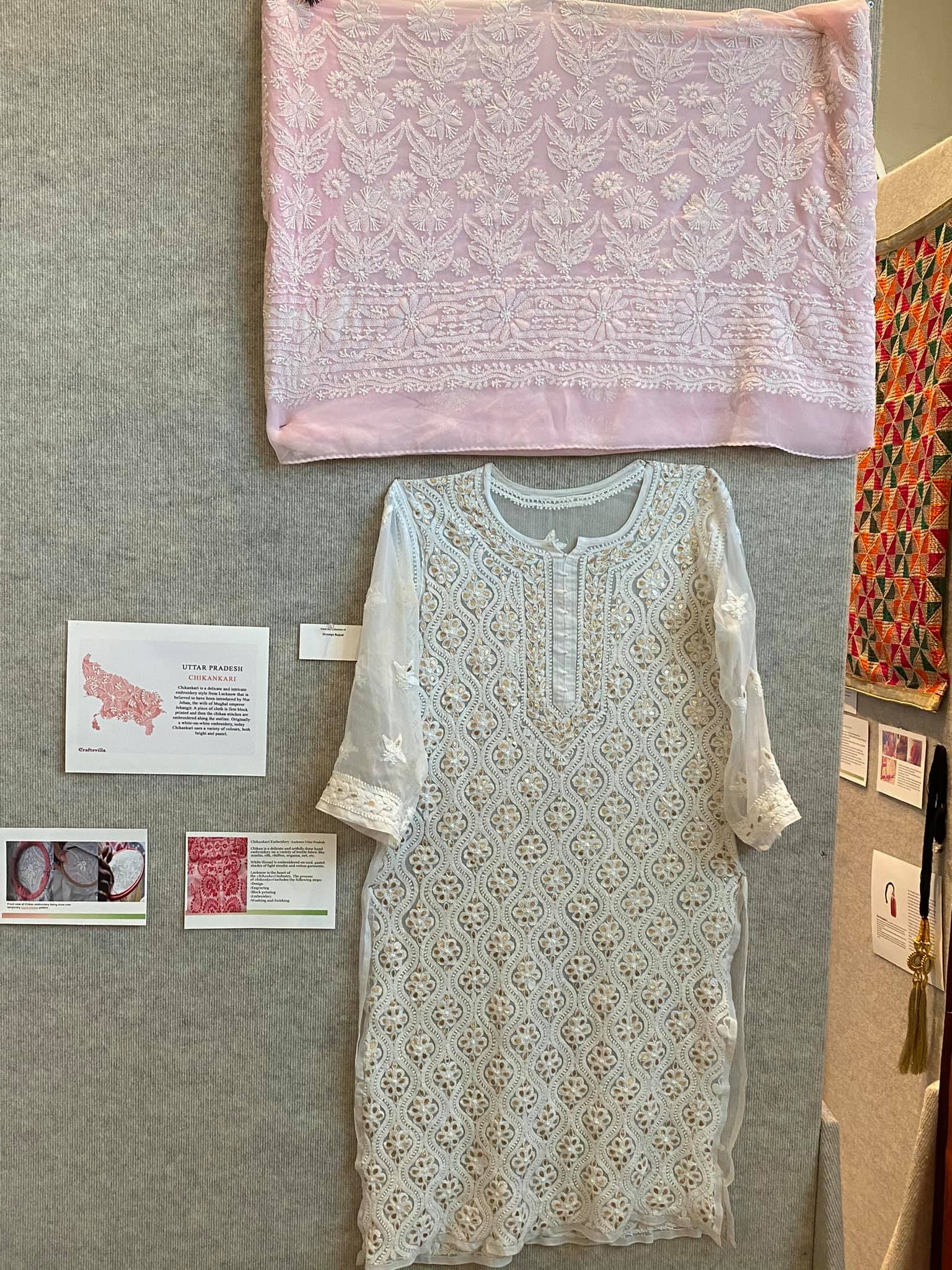 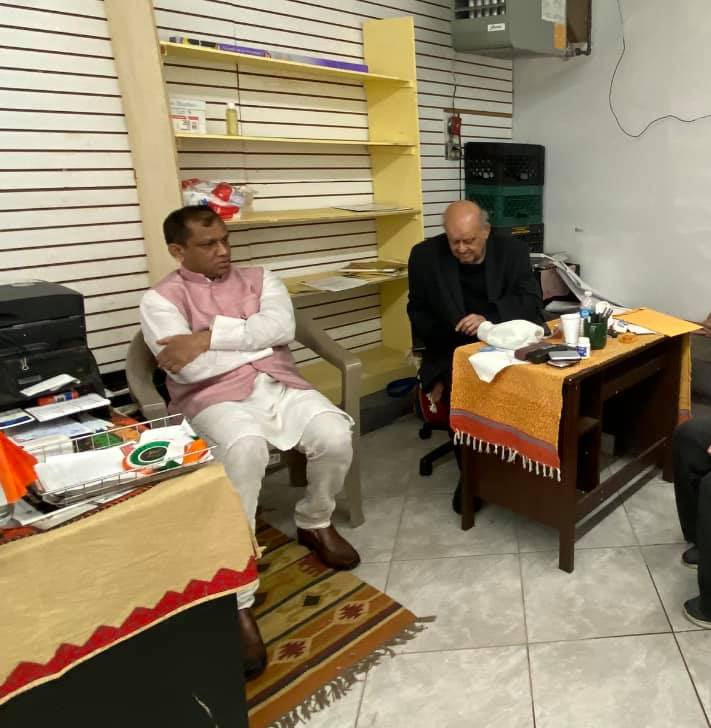 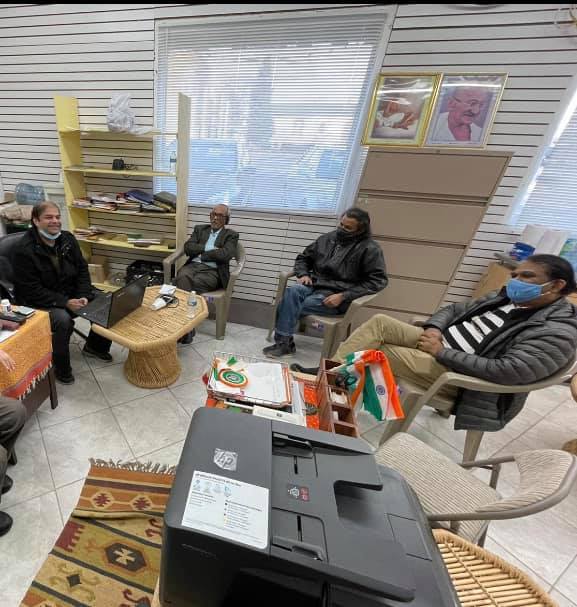 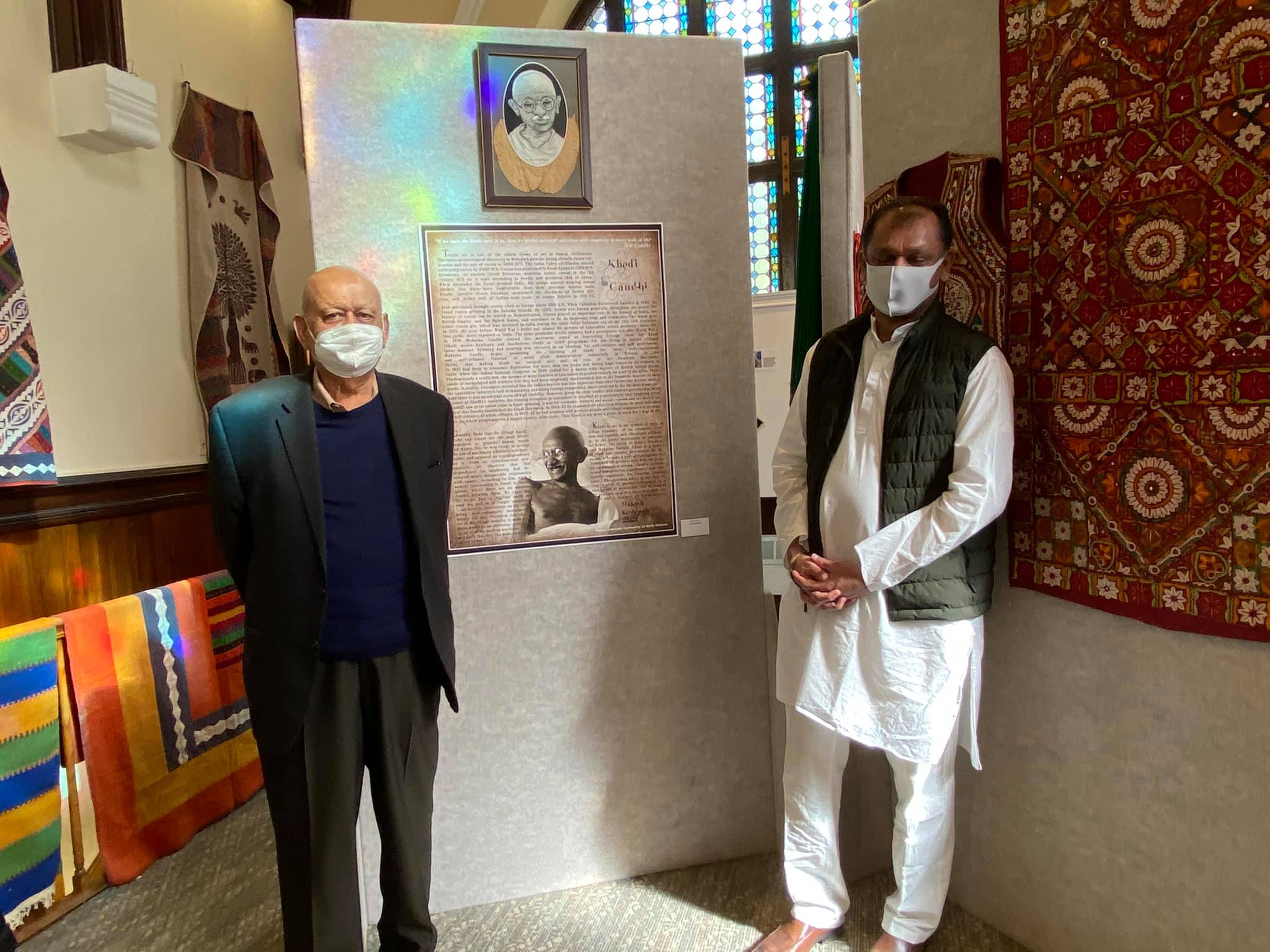 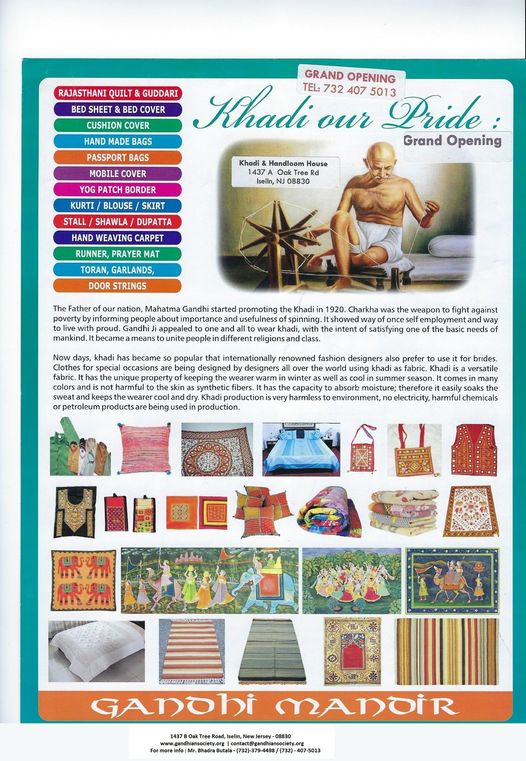 We hope that through these days the participants will absorb the 11 Rules of Life, followed by Gandhiji himself and be inspired to make a difference by “being the change”.
The GS is a living example of Walking-the-Talk – Not only do they believe in Gandhiji's words, wisdom & philosophy but proactively lead their lives as if he is within them, walking down the path beside them. There can be no more convincing manifestation of the Gandhian way of Life than that of the Society and its Board of Directors. The aim of all these individuals and the society is to ignitea Generational Lifestyle Change that will captivate & motivate youth of America; to imbibe Gandhian Philosophy and not Just Think but Act... Act like Gandhiji & Proactively Walk the Path of Life, as if they were walking in his very Footsteps.

Gandhian Society is located in Edison New Jersey... in the heart of Tri-State area (New York, New Jersey, and Connecticut).
We are currently working with many Gandhian NGOs and all other organizations who are inspired by Gandhiji such as America's own apostle of non-violence, Martin Luther King.

Get In Touch With Us